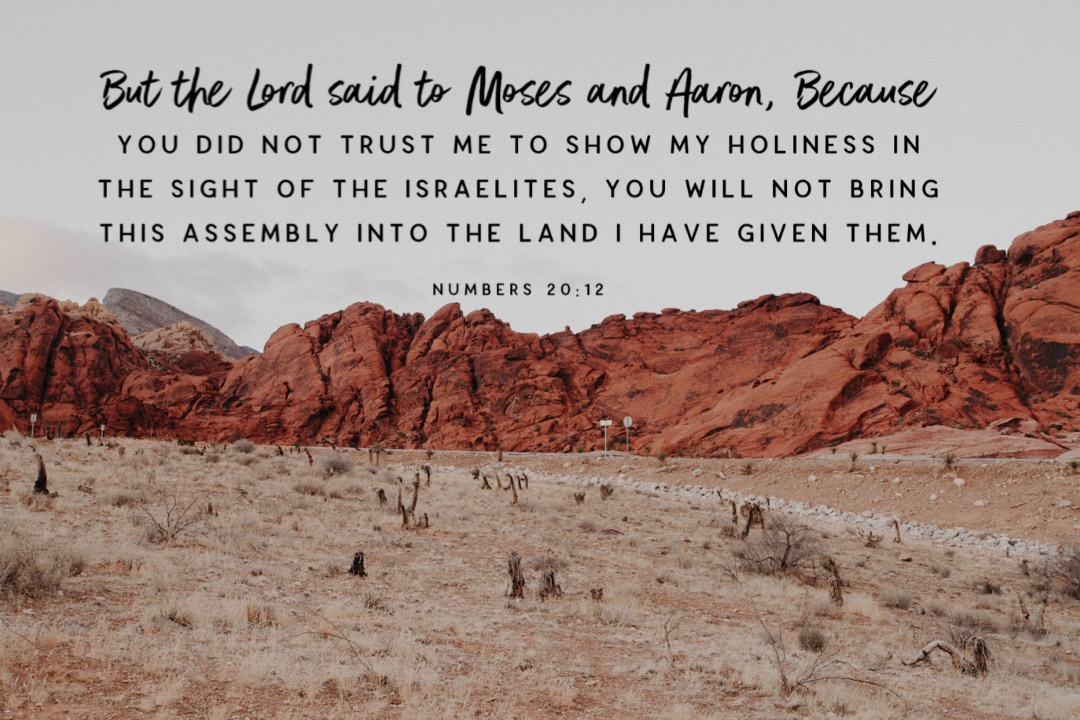 But the Lord said to Moses and Aaron, “Because you did not trust Me to show My holiness in the sight of the Israelites, you will not bring this assembly into the land I have given them.”

Empathy for Moses and Aaron tells me those crumbling, whining Israelites had gotten on Moses’ last nerve. He’d had it! Instead of speaking to the rock, as God instructed, Moses struck the rock, and water came gushing out.

It seems harsh to punish someone so severely for an angry outburst, given the whole picture. What you and I might see as an “angry outburst”, God saw as willful disobedience and lack of trust in His provision. The miracle of the water coming from the rock was then overshadowed by Moses’ anger, taking away from God’s display of His own holiness. For that God withheld the promised land.

This morning pause with me to look intently at decisions you have made or are facing now. You cannot change past disobedience and the consequences endured, but you can change course NOW, even in the midst of wandering in a barren desert, to seek to follow Him in faith.🚦